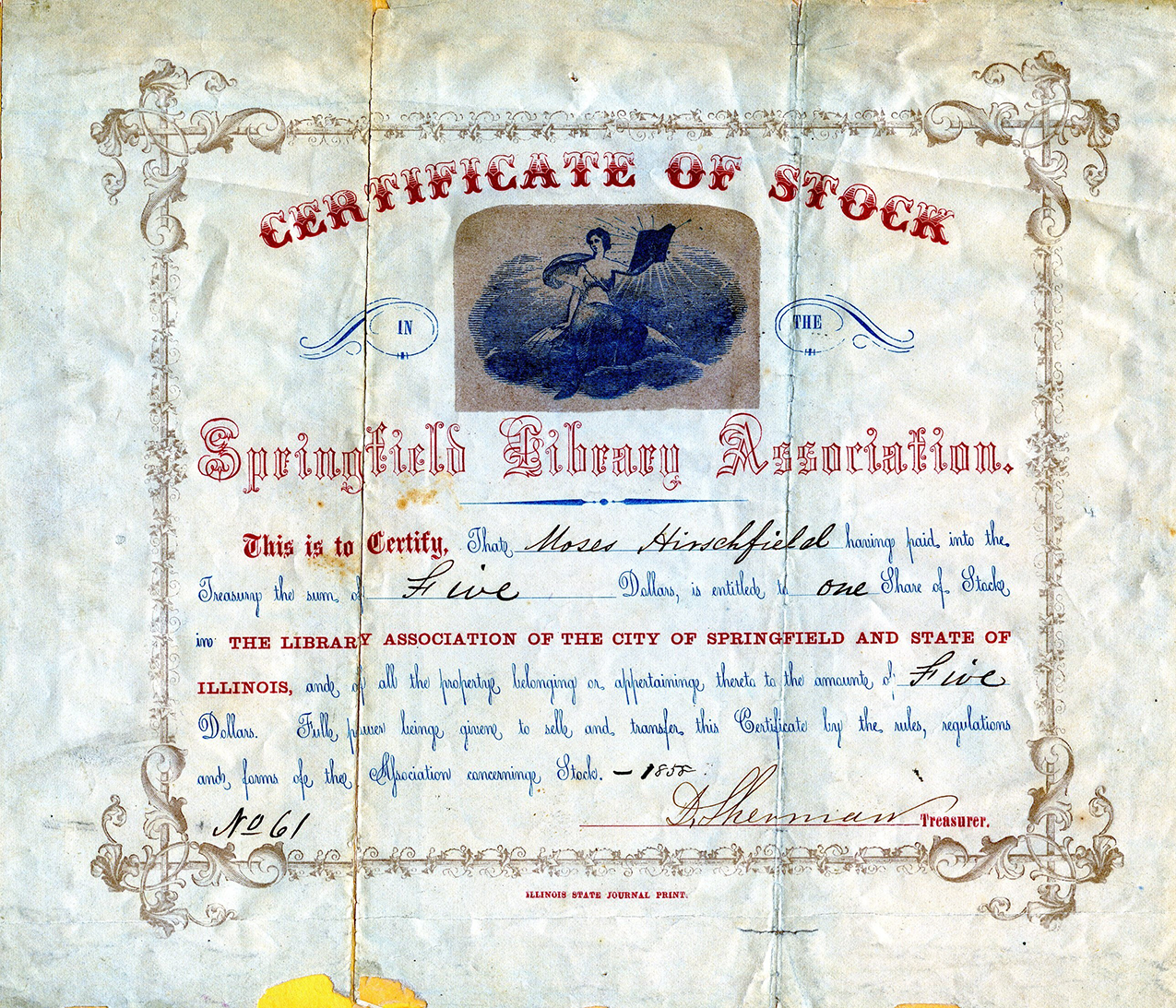 The history of Lincoln Library stretches back in time for well over 150 years to 1856, when a group of Springfield businessmen organized a subscription library. Known as the Springfield Library Association, members or stockholders of the organization were able to check out books from the library.

The Association incorporated on March 15, 1866 and opened a new library in 1869 under the management of Samuel Willard.  A comprehensive catalogue of the library was published in 1871 with an alphabetical list of the 3,000 volumes in the library and the association’s bylaws. The library was in several locations before moving into the new Y.M.C.A. Building at Fifth and Capitol streets in 1884. The Association offered its library to the city of Springfield with the understanding that the library would be free to all residents and funded by the city.  The Springfield City Council passed an ordinance on February 1, 1886 establishing the Springfield Public Library.

The library remained in the Y.M.C.A. Building until moving into the third floor of the new city hall building at Seventh and Monroe streets. The library occupied the entire floor with its own lobby, attendant’s office, reading and study room. 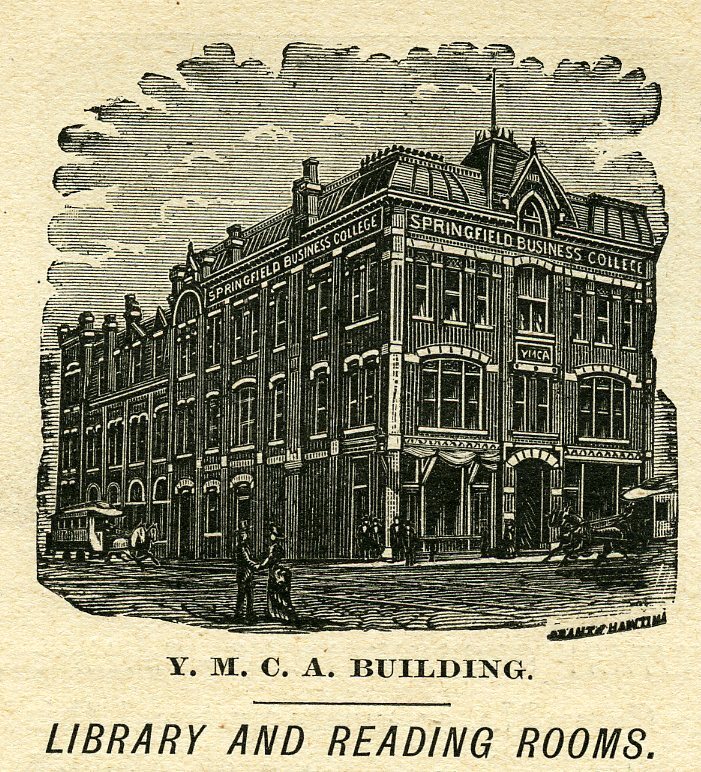 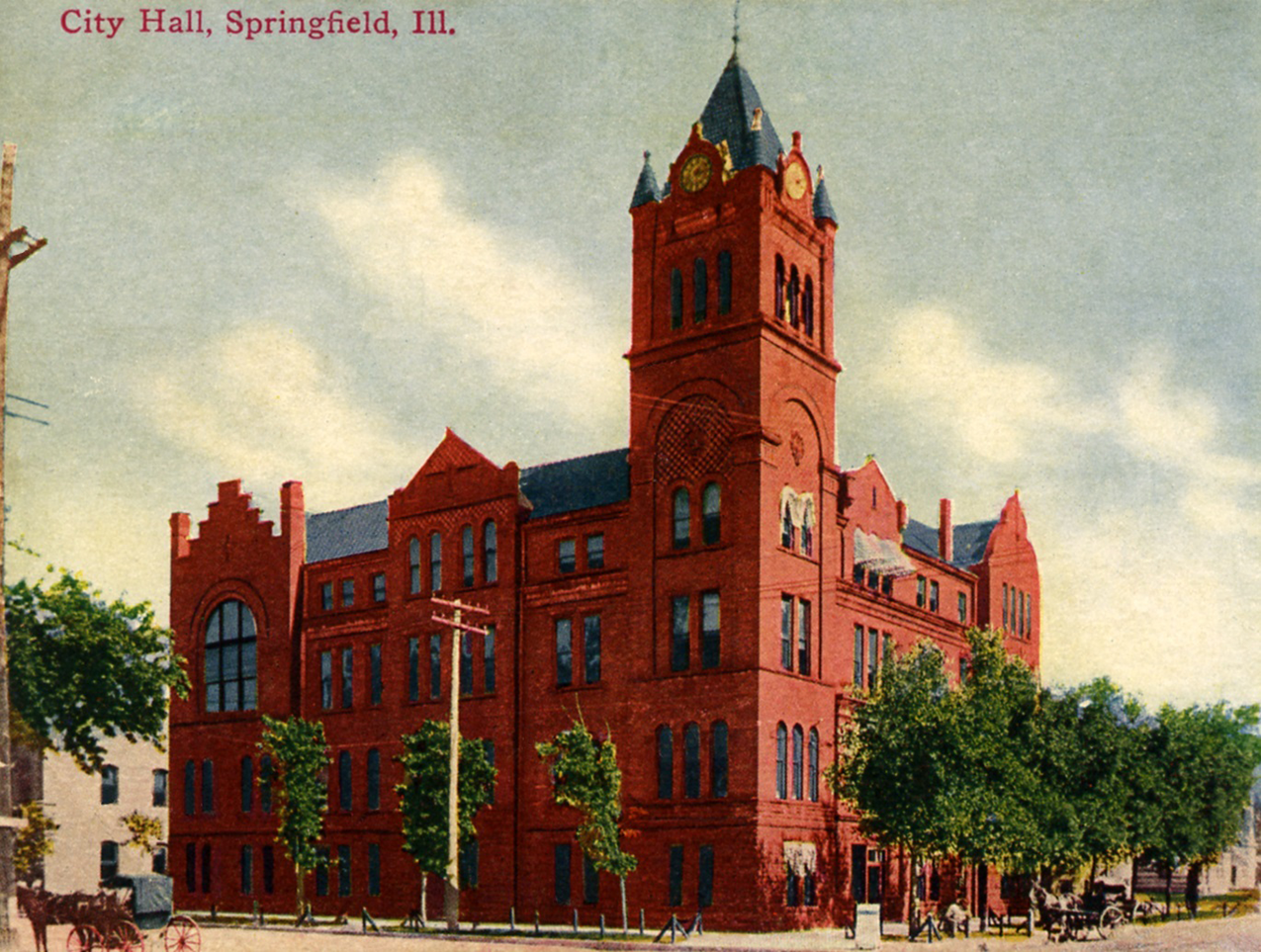 The need for a library building of its own soon became apparent. In 1899, a request was sent to the industrialist and philanthropist Andrew Carnegie asking for funds to help build a new library for the citizens of Springfield. In 1901, the city’s request was approved.  The firm of Mauran, Russel and Garden of St. Louis was hired to design the new building. Construction began in 1902 and was completed in 1904, with the building being dedicated on June 7, 1904. Carnegie chose to rename the library as Lincoln Library.

Seeing the need for expanding services into the community, Lincoln Library began development of branch libraries in the late 1920s with the opening of two locations, the North Branch, 621 North Grand Avenue East, in 1926 and the South Branch, 1121 South Grand Avenue East, in 1927. The branch library system continued to grow in the 1930s. A third location, the West Branch, opened at 1151 West Governor Street in 1934 and the North Branch relocated in 1931. A branch reading room was opened in the Salvation Army building at Sixth and Jefferson streets in 1935. Additions to the system included 14 school stations and collections at both Springfield hospitals.

The three main branches continued to operate through the 1940s and 1950s. The West Branch moved into a new building on March 18, 1963 and the East Branch was opened in 1968 at 300 South 15th Street. The South and East branches consolidated in 1983 to become the Southeast Branch. The new branch moved into its permanent location, 2500 South Grand Avenue East, in 1985. The other two branches remained in their locations, undergoing renovations at appropriate times.

Financial considerations and the conditions of the buildings led to the closure of the branches in 2005 and 2010.

In 1974, the original Carnegie library building was demolished to make way for a 3-story, 94,500 square foot structure. During construction, the library continued to operate out of temporary facilities located in a former JC Penney’s store at 522 East Adams. With construction complete by 1976, the new library made its grand opening to the public on February 21, 1977 with a collection of over 250,000 volumes. The building was noted for its free-standing stairway, skylight and Carnegie Room used for library programs and meetings of community groups. The entire building has been renovated in the past ten years with the addition of a computer classroom, expanded public computer area and study rooms. 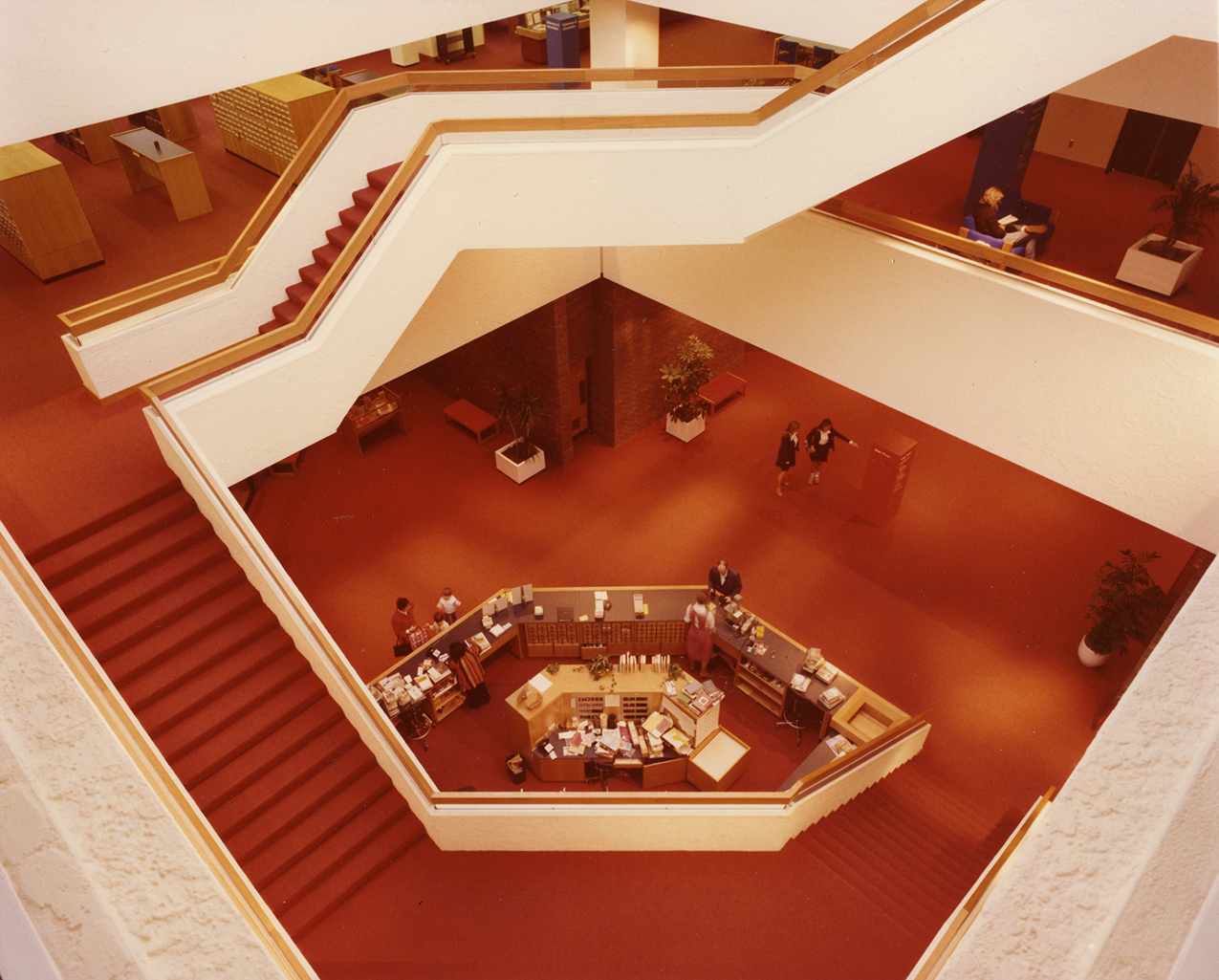