The Airborne on D-Day: A Lecture on WWII History 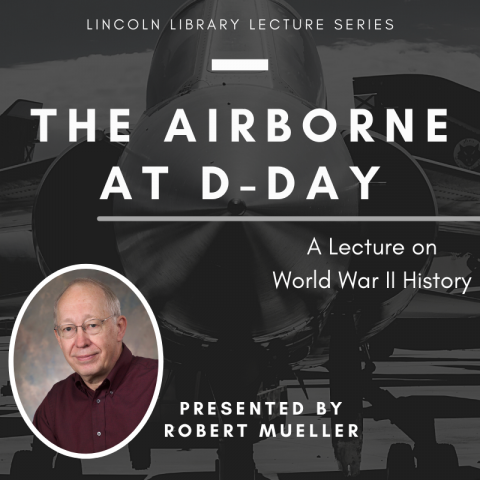 Enjoy a local expert discussing a topic of interest.

Join us via Zoom for this lecture on World War 2 history, given by battlefield scholar Robert Mueller.

This talk focuses upon the men of the US 82nd and 101st Airborne Divisions who, in the early hours of 6 June 1944, performed the most hazardous of military operations — the dropping of paratroopers — into enemy territory — at night. Learn their reasons for selecting Normandy as the invasion site and the critical role played by American Airborne forces in its successful outcome. The lecture will focus upon individual paratroopers, who, off target, frequently lost, and lacking heavy weapons, denied the German occupying force the ability to counterattack the American amphibious landings. The capture of the key French towns of Ste-Mère-Église and Carentan are presented.