“I thought about those things a lot." Black Women and the Federal Writers Project with Kathi King 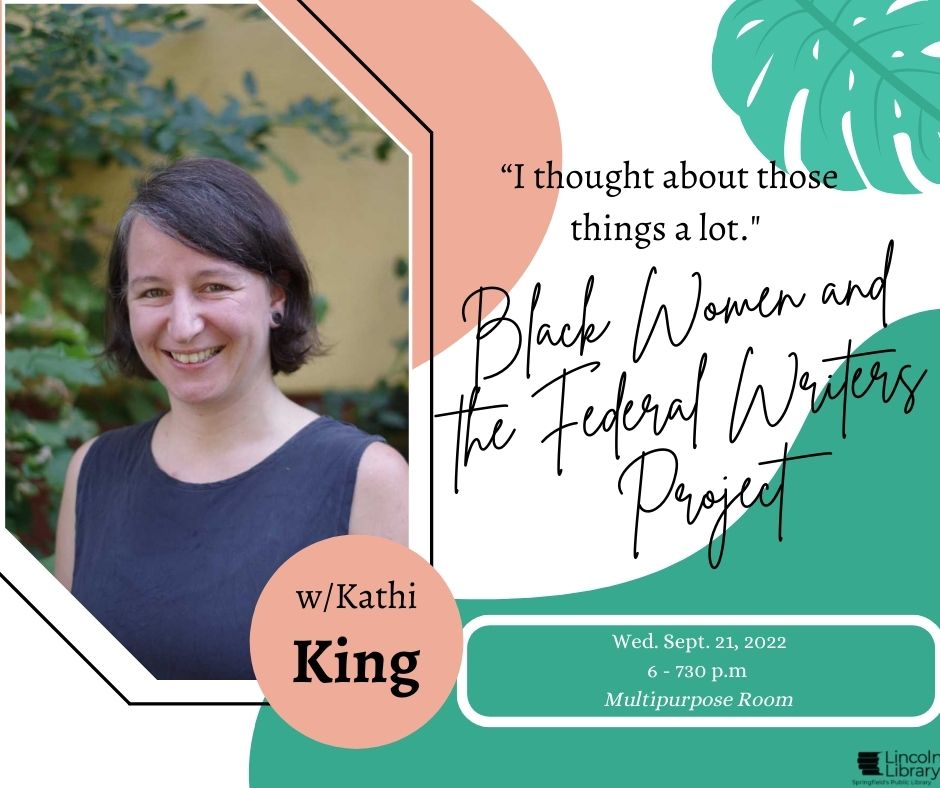 All Ages
Please note you are looking at an event that has already happened.

Enjoy a local expert discussing a topic of interest.

The Federal Writers' Project, which existed from 1935 until 1943, was a federal government project created to provide jobs for out-of-work writers during the Great Depression. It was created as part of the Works Progress Administration, which was itself part of the New Deal. The FWP employed thousands of people and produced hundreds of publications, including state guides, city guides, local histories, oral histories, ethnographies, and children's books. In addition to writers, the project provided jobs to unemployed librarians, clerks, researchers, editors, and historians. A few of their project sites, notably Chicago and New York, were racially integrated and helped launch the literary careers of many Black authors, artists, historians, and poets.